I seem to have a perpetually messy sewing room. No matter my intentions, my space seems to degenerate into a ummmm, porcine place of repose with some frequency. Today I decided to tackle my sewing desk area – since it was in a state that would not actually allow for sewing. Crisis time!

I sorted threads by color and type, and put them into their respective storage units. All of my sewing machine needles went into a cute little box, extra feet ino another, and tools went into a third. After a little more sorting, storing and straightening, I opened my button drawer. You have one too – full of spares, mistakes, leftovers, miscellaneous purchases, and even some treasures. But the trick is actually finding and using any of the contents on a real garment! 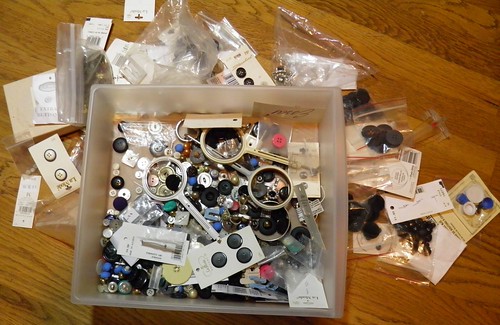 Some time back I had purchased a bait box on the recommendation of a fellow sewing nerd, and I spied it hiding in a dusty corner of my sewing room. Perfect! Presto-changeo, I added the little worm-y dividers (yuck!), and started sorting buttons. I felt like a little kid again going thru my mom’s buttons. It was really fun to think about the garments I had made and the places I had bought all these buttons. OK, the whole process did take quite a while and a few glasses of wine to complete, but wow-zers! I might actually be able to find/use some of my buttons now! 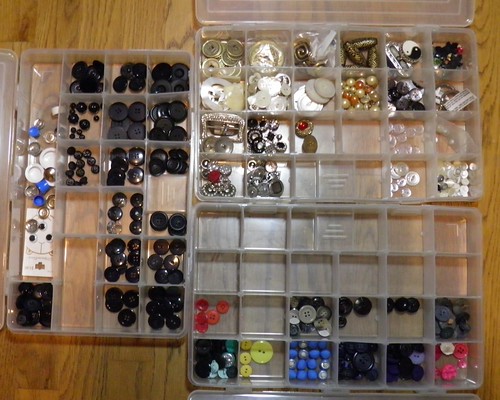 And these pixs are just a bonus. Take a look at these vintage button cards. Seriously peeps! Tweny-nine cents for a card of buttons? Thirty-nine cents? La Mode buttons are still made in Hollland, at least as of the semi-recent card I added for perspective. I haven’t seen Lansing or Classic in the stores in ages, but I thought you’d get a kick out of these cards. I did! 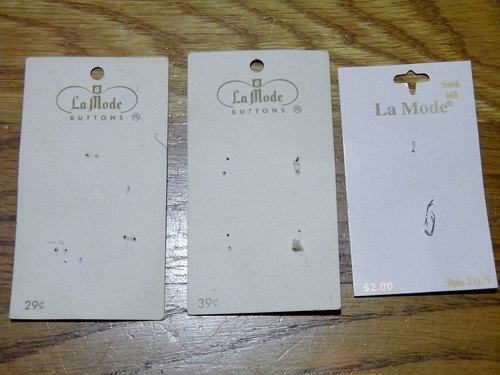 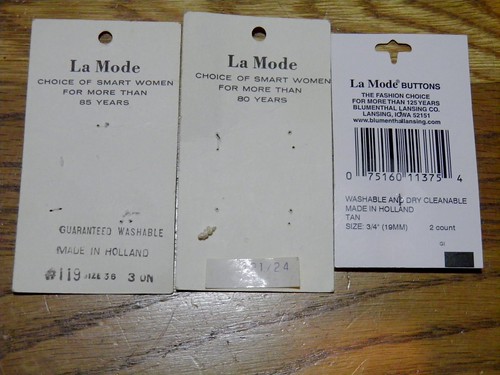 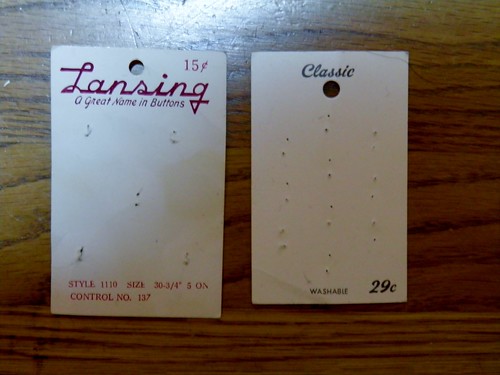