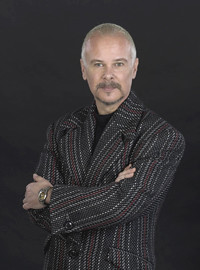 I love to take sewing classes! This week I am going to attend a workshop taught by Kennth King on the process of making a “moulage”. I have used the instructions in hisÂ CD twice now, and made a moulage for 2 different people…pretty successfully. But I can’t pass up the chance to take a class on this process fromÂ Kenneth and learn all the little tips and tricksÂ  that somehow never come thru in written instructions.

If you are not familiar with Kenneth, you can check out his web site to see some of his design and learn more about his approach to sewing. I have taken one other workshop from him, and found him to beÂ both an entertaining and informative teacher.Â  I ordered quite a few of his CD “books” on various subjects some time back, including the Moulage process, and have used quite a few of them in creating and altering patterns. I also love his Cool Couture book – full of lots of beautiful techniques. 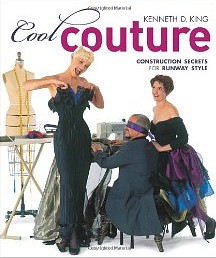 Moulage literally means “second skin”, and is similar in function to creating a sloper for your body. One significant difference is that the moulage has zero ease, and slopers are supposedÂ to have built in “wearing ease”. Although I am not sure about this yet, I think a moulage might be a better starting point for developing a pattern for a strapless garment, since all the curves and body angles would have already been captured. Â Anyway, after the workshop is over I will fill you in on all I have learned. But I am not promising to show a picture of my moulage.Â I am pretty sure those NewÂ York TimesÂ Chocolate Chip cookies are going to be visible on my hips…yikes! 🙂